Kael Alford: The Name of Hussein 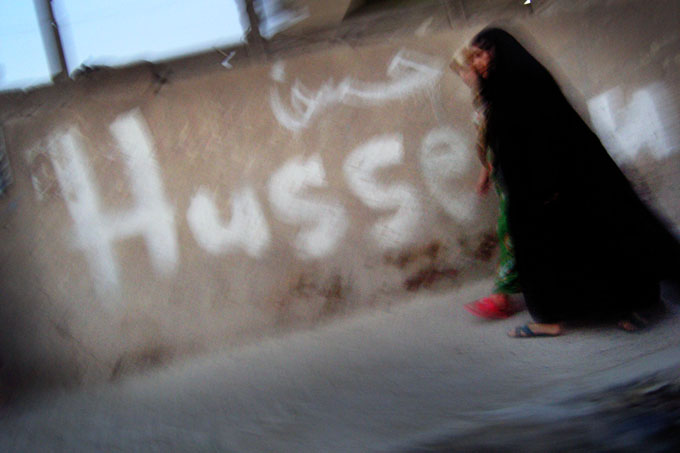 
Women walk past the name of Imam Hussein, the son of Imam Ali, founder

of Shia Islam, scrawled on a wall. Under Saddam Hussein, such a statement of Shiite faith and solidarity would have been viewed as a threat to the unity of the state. Since the U.S. invasion, Sadr City has become an open book of religious and political graffiti.