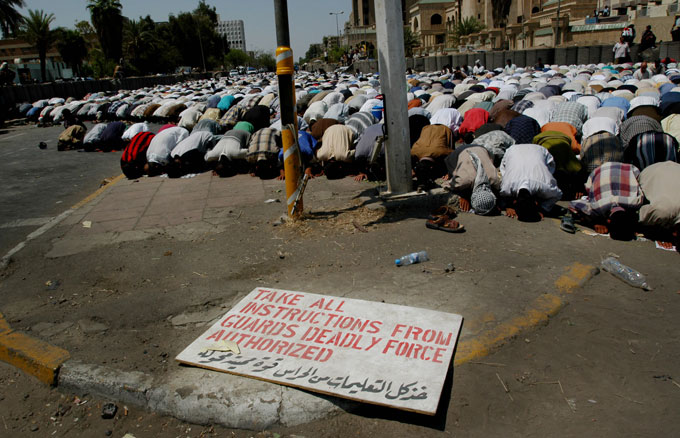 
Demonstrators supporting Shiite leader Muqtada al-Sadr pray outside the green zone, a heavily fortified compound where the interim Iraqi government and the U.S. embassy are located. The protestors demanded an end to U.S. military actions against al-Sadr’s militia, the Mahdi Army, during the buildup to the battle in Najaf.