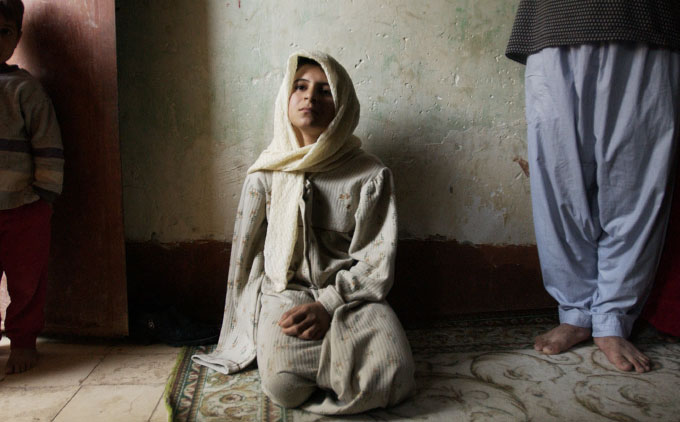 
Twelve-year-old Isra Abdulamir lost her right arm when her predominantly Shiite village, Abu Faloos, was hit with an American bomb during an attack in the "no-fly zone" in southern Iraq in 1999, before the American-led invasion. Isra was walking home from school with a group of children when the bomb detonated. Five other children were injured and four were killed.