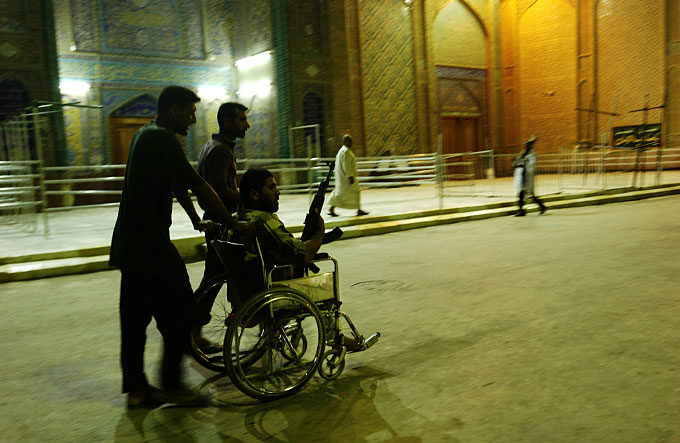 
A wheelchair-bound member of the Mehdi Militia takes a nighttime tour of the outer walls of the Imam Ali shrine. The shrine was at the center of a three-week American seige of the old city of Najaf where Mehdi Militia fighters loyal to Muqtada al-Sadr staged a rebellion against the Iraqi government and American military occupation.