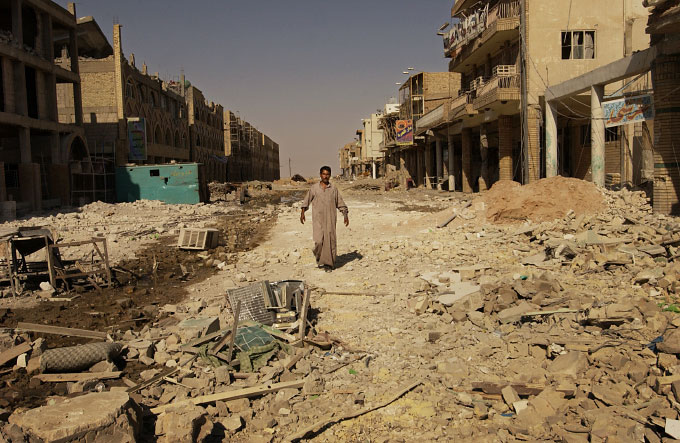 
A lone man walks through a thoroughly destroyed business and residential street west of the Imam Ali shrine in Najaf. The street was a front line fighting position for American army and Mehdi Militia fighters during a nearly three-week battle that left much of the old cit of Najaf and surrounding neighborhoods in ruins.